ꄴPrevious article: ASP Continues to Fast Expand in China Sports E-commerce
Argentine Football Association (AFA) is one of the most popular sports organization in the world, with a sizable and passionate fan base in China. AFA offers fans an easier way to buy AFA official products through local e-commerce in China since 2019 with the Beijing based local partner ASP (All Star Partner). For the first national team to launch licensed e-commerce business in China, the achievements of Argentine national team are obviously successful.

AFA taking actions towards the Largest E-commerce Market
The China official online store of AFA was launched online at April 15, 2019. Within three days, it had made record high sales. And it was just the begin, its sales continue to rank at the top of global sports organizations’ E-commerce performances in China. With the explosion of development for day-to-day online campaigns, AFA doubled the sales record a few months later, and tripled the sales on "double 11" (Nov. 11, China’s largest e-commerce festival). 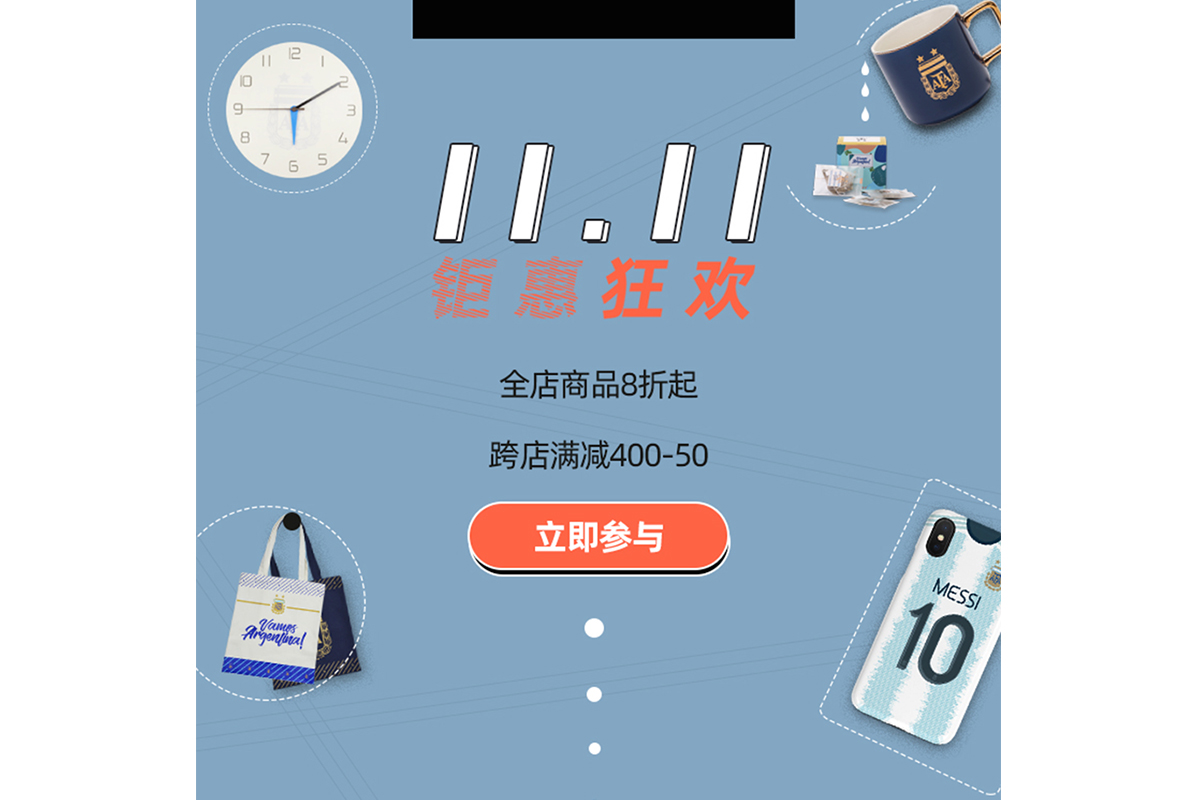 “People love Argentina football in China, we have a lot of Messi fans, Dybala fans, and fans of other players, with AFA’s guidance and our experiences in art design and product development, they are now able to find their most favorite AFA official products online.” Said Han Xue, Operation director of AFA China Office.

Sports licensing E-commerce is a very comprehensive and detailed business. Only a handful of global sports properties have launched their e-commerce in China, and most of these are built on the model of so called “overseas stores”. However, due to long shipping time, limited product selection and non-localized client services, these overseas stores cannot be of satisfaction to the fans.

Pioneers like Argentine Football Association with local operations partner to start an new model of sports E-commerce development in China by building a direct connection to the Chinese market– The products are designed and produced in China, the consumers are in China, the logistics are in China, the operation team is also in China. These are the keys to provide best shopping experience to the demanding Chinese consumers. 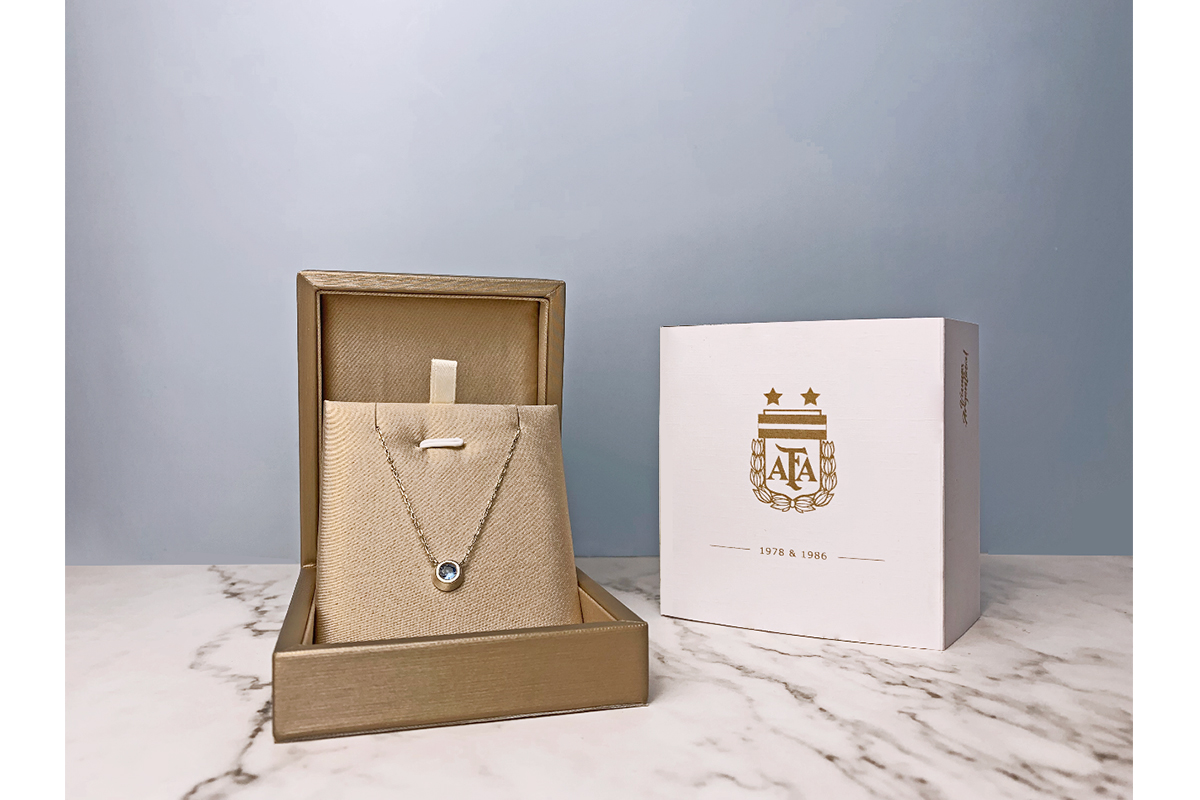 The ultimate way to create a great product is to listen, engage and include local fans in the actual development of every product as well as sales cycles. Key opinion leader and loyal fans came to regular test panels, gave feedback to help create product line. In return, AFA offered them VIP memberships that provide them free shipping for lifetime. These fans became the greatest advocates with broader customer base. For example, the limited edition AFA aquamarine sterling silver necklace, is designed specifically for female fans. AFA had come to the fans' and listened to them from the early production stage, and finally all the necklaces were sold out in online stores in just 6 minutes.

With "real" sports suddenly turned off the engine, AFA remains creative in how to reach their fans and cooperates with China football celebrity. They worked with Yan Qiang and Liu Jianhong, two of the most known commentators to launch AFA official products in live commerces. This is the innovative approach of global football team and Chinese football celebrities working together on live commerce. The Chinese commentators who are familiar with the history of AFA, can better arouse the emotions of fans and trigger their resonance in Live commerce.

Getting Closer to Unique Local Fans
In 2019, the President of AFA, Claudio Fabián Tapia visited China for further developments. This is the first time that the new leader of the Argentine Football Association has visited China since he took office.

“We are getting closer to Chinese fans. It is our strategy to set up an office in China, which is very important to attract fans to love the national team.” said AFA President Tapia. AFA had opened accounts on China’s major social media platforms and attracted the support of over millions of fans in just a few months. 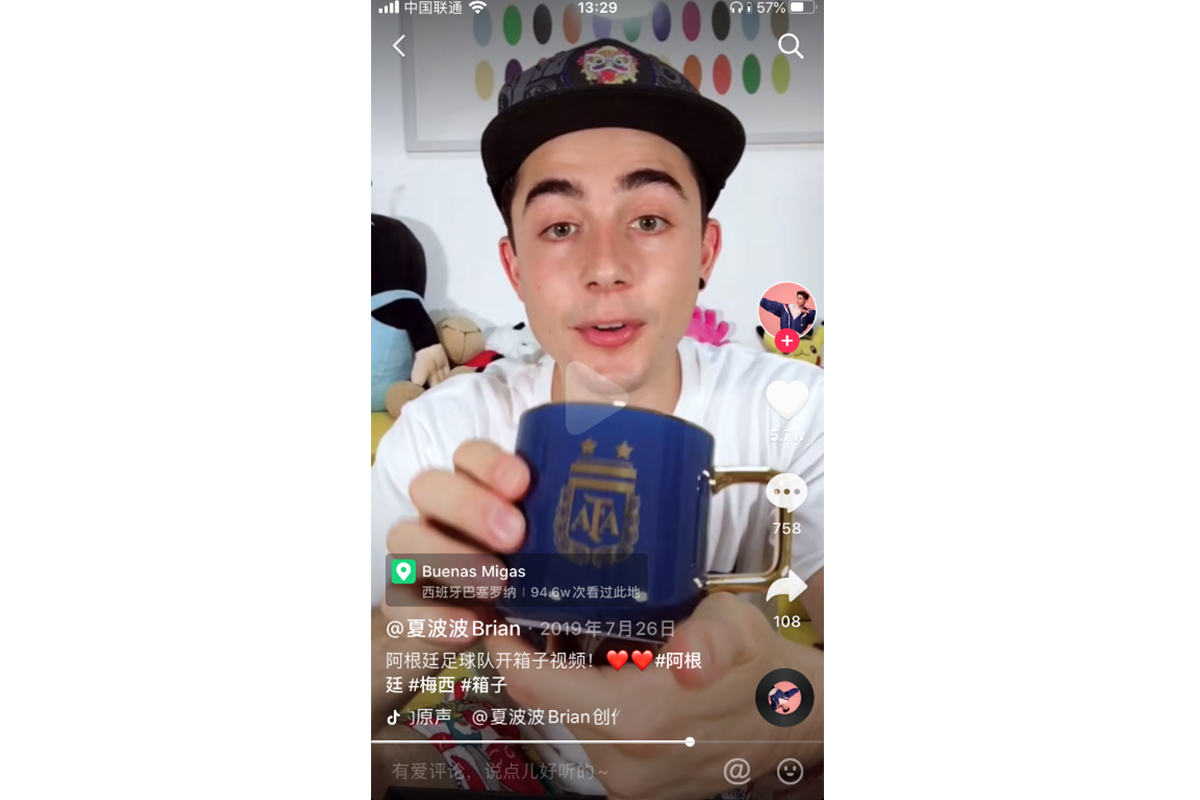 Football fans in China’s favorited content is very unique. In addition to its own operations, AFA actively interacts with China's social media influencers. It constantly looks for ways to keep Chinese fans engaged through digital channels. Key Opinion Leaders (KOL) are extremely powerful and are instrumental in most China marketing campaigns. They are heavily influencing fans favorite.

Xia Bobo is the great example of this area. He is a food blogger from Argentina, has over 5.7 million followers on Chinese social media. At the same time, he is a loyal AFA football fan. They create specific content together only for the Chinese fans. He received gift box from the AFA and made unpacking box videos for social media fans. Telling the story about his love of Argentine football. Finally, the fan-centric video content received 60,000+ fans engagement.

During the epidemic, AFA and local society are more closely connected. AFA football spirit has a definitely positive motivation and energy to inspire people. The reorganization and rebranding of community relations to social responsibility is an approach seen increasingly across professional sports teams, following a trend that has caught on in China.

The nurse who left her own hometown in order to help fight against Covid-19 in the epidemic center Wuhan made a wish for a Leo Messi Jersey in a video that went viral in China social media platform. This is the dream she made for her son whom she hadn’t seen for weeks. The boy has enjoyed playing soccer for a very long time. AFA responded to the nurse's wish on social media. This has been intensively reported by major mainstream media in China.

“It's bigger than football. This is a small way AFA to express support and appreciation for all these wonderful people.” said AFA commercial and marketing manager Leandro Petersen

The Future Run in the more Competitive Market
After AFA entering China with its China Office, not only does it bring a direct connection with the 30 million Argentine fans in China, but also gives this huge market the opportunity to combine with the centenary history and the glory of Argentine football. These combinations will reach hundreds of millions of Chinese fans through comprehensive local operation. Given the size and fluidity of the market, a detailed understanding of the Chinese fans and consumers are more vital than ever. This is very important for the market that AFA and the Argentine national team come to China.

“We will launch a series of activities to generate fans interest, such as digital media and offline activities.” said AFA President.

The purpose of AFA brand is to change the world through football. Although it's a sports property from Argentina, it aims to help society through sport. AFA China office will bring the local fans with more innovative interaction. It will continue to develop the B2B and B2C model and has strong partners in China, where the business layout is mutually beneficial.

“We look forward to working with our Chinese partner to continue to grow the culture and football of AFA in China" said AFA commercial and marketing manager Leandro Petersen “At the same time, we firmly believe that it will bring win-win business opportunities to Chinese partners in various fields in the future.”

AFA’s E-commerce leading in China: Adaption and innovation is key.