ꄴPrevious article: AFA’s E-commerce leading in China: Adaption and innovation is key.
As EUCCC (European Union Chamber of Commerce in China) geared up to host webinar on 16 April to discuss the impact of the outbreak on the China sports industry and the way different industry stakeholders can adjust to the new normal.

The coronavirus has sent shockwaves around the world, including the sports industry in China. A series of sports championships and leagues like the 2020 Tokyo Olympic Games, NBA, NHL, Serie A, La Liga, Ligue 1, had to be suspended. Within this context, sports organizations and companies have to actively carry out strategic transformation for survival and development.

As EUCCC (European Union Chamber of Commerce in China) geared up to host webinar on 16 April to discuss the impact of the outbreak on the China sports industry and the way different industry stakeholders can adjust to the new normal. EUCCC invites panelists including Nikki Wang, Deloitte Head of Sports Business, Yanyu ZHENG, All Star Partner VP and Robin Trebbe INTERSPORT Managing Director China and Asia Pacific.

Online Fitness Leverages Opportunities of the Pandemic
The majority of gyms across the China closed their doors during the outbreak to prevent the spread of coronavirus. Many fitness centers including Super Monkey, Will's, Lefit etc. will continue struggling to recover to full operations for most of their stores in the foreseeable future. The leading fitness brands have come up with creative solutions to keep people moving: livestreaming and recorded digital courses that people can join from anywhere. These brands livestream on China digital platforms such as Douyin, Huya and Yizhibo, etc. The coaches livestream using an iPad or phones which is broadcasted to thousands of people who are working out along with fitness coaches at home.

Nikki Wang, Deloitte Head of Sports Business: " COVID-19 has caused negative impact to China sports industry in short term, but recovery is foreseeable. During the COVID-19 period, leading fitness brands have shifted their business focus to online training due to the working capital pressure from the offline business" 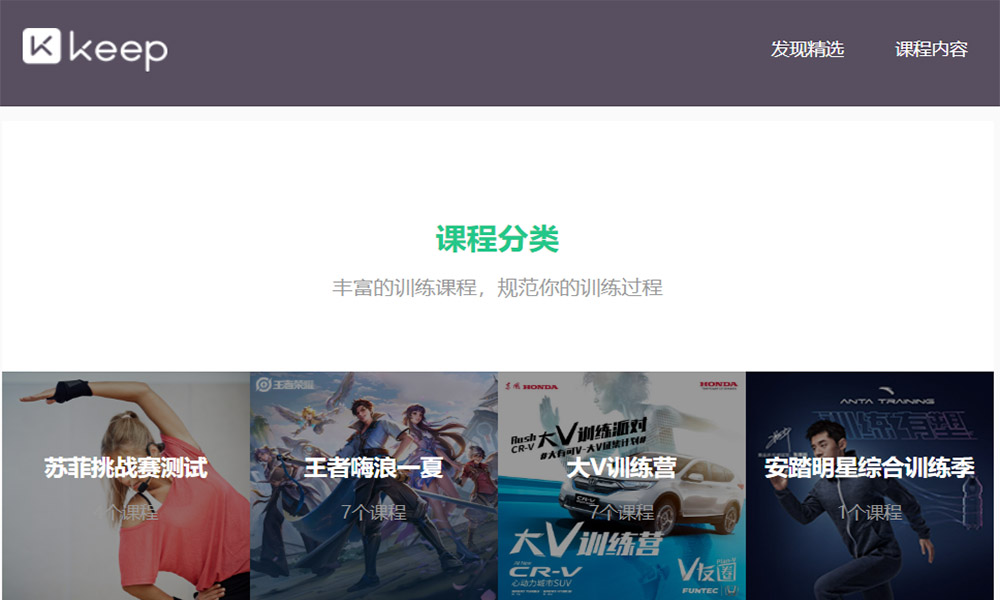 New Digital & E-Commerce Growth Avenues Amid the Current Crisis
The cancellation of the European football league matches has led to a stagnation in revenue generation for EU football clubs regarding traditional revenue sources such as ticketing, broadcast and new sponsorship development. With "real" sports suddenly stopped, virtual sports are having a momentum, as leagues and partners get creative in how to continue reaching and engaging their fans. Their show can go on in the digital space. 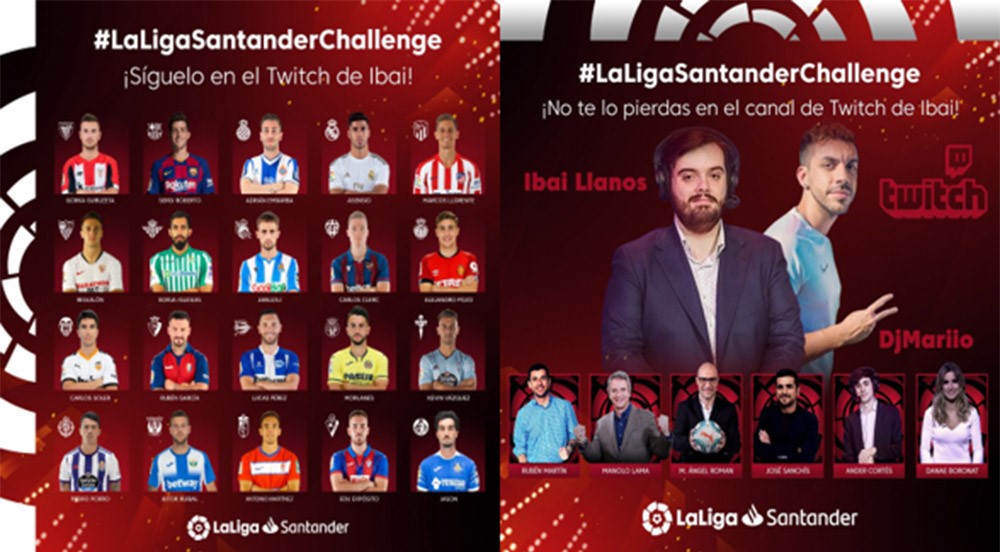 Top football league LaLiga, its title sponsor Banco Santander and eSports celebrity Ibai hosted an esports tournament picking actual players from 18 league teams against one another in three-day and streamed globally. More than one million total viewers watched LaLiga's charity FIFA 20 esports tournament according to the organizing body. Besides, other sports organization like F1 using F1 2019 game in place of physical races. According to the Esports Charts analytics agency, viewership for Formula One’s inaugural Bahrain Virtual Grand Prix averaged 289,000 and peaked at 359,000. During the epidemic, the sports industry and community were more closely connected.

Yanyu ZHENG, All Star Partner VP: “ Sportsmanship is always a positive energy to inspire people. Our clients, like the Argentine Football Association, is among the top sports organizations in the world, and the AFA spirit has a definitely positive motivation to many. Sports properties and talents now have a chance to give back to the local society and communities during this period.” 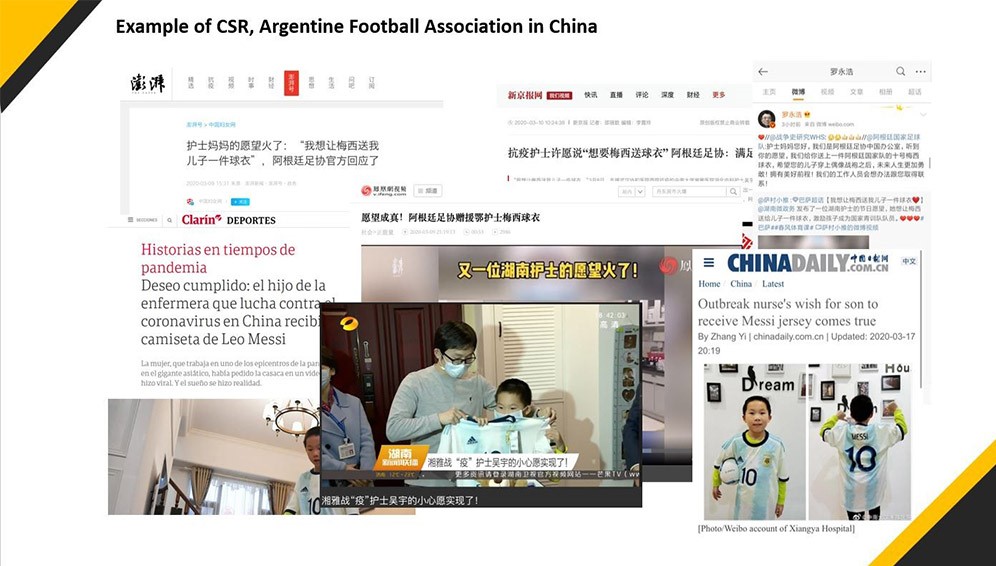 The nurse who left her own hometown in order to help fight against Covid-19 in the epidemic center Wuhan made a wish for a Leo Messi Jersey in a video that went viral in China social media platform. This is the dream she made for her son whom she hadn’t seen for weeks. The boy has enjoyed playing soccer since he was young. Argentina Football Association China Office, operated by All Star Partner, responded to the nurse's wish on its official Sina Weibo account. This has led to heated discussions on social media and became a trending topic in Sina Weibo. Major Chinese and international media have subsequently reported on this.

Opportunity in Fast Growing China E-Commerce Market
China's 1.94 trillion USD E-Commerce is the largest in the world, and more than three times that of the NO.2- U.S. market, according to the eMarketer report. International elite sports properties start to embrace one of the world's biggest consumer market. Sports E- commerce remains one of the very few fast-growing businesses even during this tough period.

Yanyu ZHENG, All Star Partner VP:“ Sports licensed & E-commerce remains one of very few business unit that can continue to generate growing revenue during this period of time. The mature e-commerce infrastructure and huge consumer market in China facilitate this area to become one of the stably growing revenue sources for European elite football clubs - those who have already started the development of sports licensing and ecommerce business in China. Sports licensing E-commerce is a very comprehensive and detailed business. Only a handful of global sports properties have launched their e-commerce in China, and most of these are built on the model of so called “overseas stores”, these overseas stores offer a shopping experience for Chinese consumers with limited satisfaction, due to long shipping time, limited product selection and non-localized client services. Pioneers such as Argentine Football Association and FC Barcelona, with All Star Partner being their local operations partner in China, started since 2019 to build an innovative model of sports E-commerce development in China by building a direct connection to the Chinese market – ‘The products are designed and produced in China, the consumers are in China, the logistics are in China, the operation team is also in China. These are the keys to provide best shopping experience to the demanding Chinese consumers’ 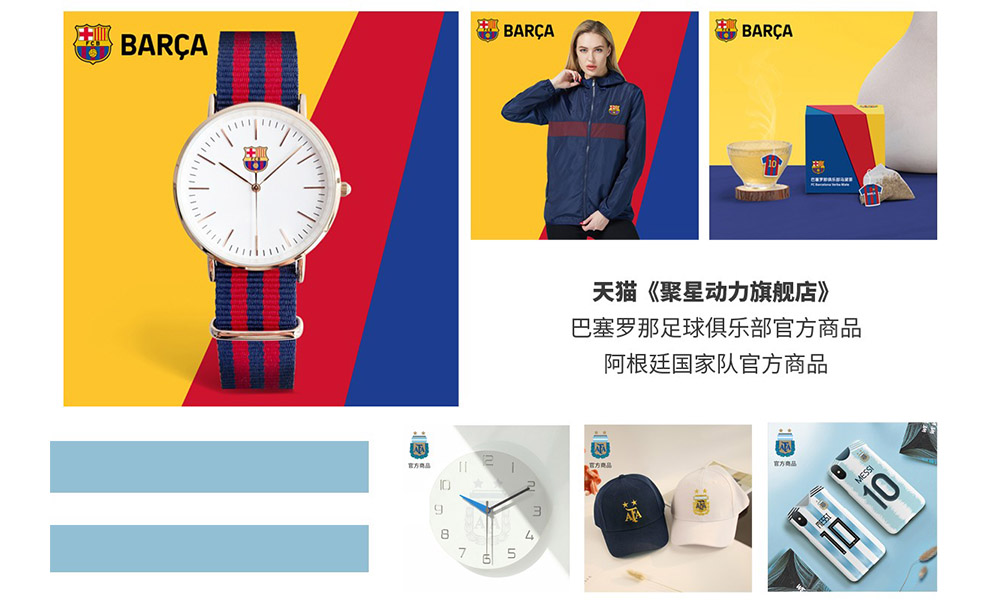 Furthermore, Fans community is very important for sports E-commerce. One of the best thing sports E-commerce can learn to do is build communities. The ultimate way to build a community of loyal fans is to listen, engage and even include them in the actual development of every product as well as sales cycles. Yanyu ZHENG, All Star Partner VP:“ Before we finally produce a specific licensed product, we created a group of “fans as partners” on WeChat. WeChat is a Chinese multi-purpose messaging, social media and mobile payment app developed by Tencent. Some key opinion leader fans came to regular test panels, gave feedback to help create our product line. In return, we offered them VIP memberships that provide them free shipping for lifetime. These fans became our greatest advocates with our broader customer base. ”

A Gradual Recovery of the China Sports Retail Market
After the Covid-19 confined Chinese consumers to their homes, the international sporting goods retailer INTERSPORT quickly shifted focus to connecting with them digitally, and not just by selling products physically to them. According to INTERSPORT Managing Director, Robin Trebbe, from the end of January to the early March, the epidemic caused a certain impact on sales in the Chinese market. The outbreak in China is further contained. He believes market sales will recovery in the near future. It is expected that the Chinese market will return to 70% market sales in mid-April and 100% in early June as business is back to pre-coronavirus levels.